A forty-year-old woman with graying hair, a pointed nose, and a square jaw. She’s tall for a woman and very muscular. She has a deep desert tan on her face and hands. She wears heavy desert gear most of the time and carries a rifle, a pistol, a glaive, and a hooked knife that doubles as a climbing tool. She rides a bulky, gold-colored rathskrike.

Born on the Island of Sargess, Makkar was part of a small and little-known clan of nomads. Her uncle, however, was Jakka the Bird, a renowned storyteller and singer among the Sargessians. He noticed early that Makkar had a talent for memorization and a prodigious intellect, and eventually persuaded her parents to let her apprentice with him. Eventually it became clear that she was worth educating at the University on Aelisholm. She packed up her few belongings on her gargantuan rathskrike and boarded a ferry for “the big city”.

Makkar succeeded in academics but found scholarship a little dull compared to her childhood of chasing gold and fleeing sandstorms. When she met Prospero, an engineering professor, she thought briefly that having children and climbing the academic ladder might be enough for her. However, Prospero’s mother persuaded Makkar that the real excitement was in studying history. When their first child (Jekal) was two, Makkar set out on her first quest to acquire old-world materials for the University. Her first expedition was supposed to be a simple book buy.

She was gone for three years.

When she came back, she was famous for having survived an expedition to the southern wastes, although she found very little and can remember only fragments of what she saw. Since then, Makkar has stuck to traveling north, east, and west, to buy books, steal artifacts, and hack into ancient mainframes to harvest data. Her focus is on creating the most complete picture of the world that was, and she hopes that someday the university will be open to all people, not just to the Vedarii.

Makkar is still married to Prospero, although in her absence (and presumed death) he remarried a literature professor named Bennet. While this initially seemed like a problem, they all ultimately decided they were pleased with the arrangement. Bennet and Prospero have two children, Charlotte and Emily. Makkar is as close to her family as a wandering wheeler-dealer can be, and often relies on them to be her eyes and ears among the faculty while she’s absent. 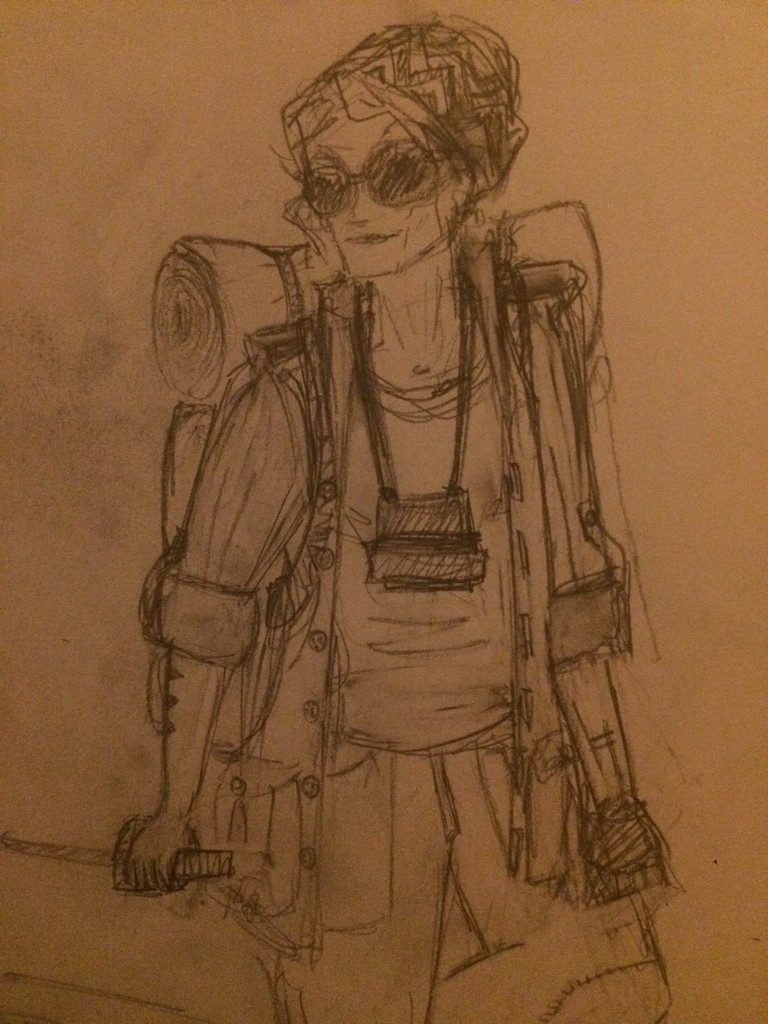